Is Your VPN Legal?

There are many countries to have banned the use of VPNs, and China is said to be one of them. While VPNs may not be illegal in that particular country, it is safe to say that you cannot use one without any limitations either. With that in mind, you might just be asking yourself the question – can I use a VPN in China without breaking the law?

Luckily, the following article will provide the answers you are looking for. There are many options for you to consider when it comes to choosing the right VPN for China. So, continue reading as we present our complete guide to using VPNs in China without breaking the law.

How to Use a VPN In China Without Breaking the Law
When it comes to the use of VPNs in China, it can be said that it is very much a hot topic. This is because in the early stages of 2018, Chinese authorities began to block VPNs. Of course, this created a lot of tension within the country, which is known for its strict stance when it comes to censorship.

In the attempt to browse the web anonymously and protect their personal information, many people decide to use a VPN. Luckily, there are ways to do this without breaking any Chinese laws. You are probably wondering how this can be done safely and securely. If that’s you, then you most definitely won’t be alone. So, in the next section, you’ll find out everything that you need to know. 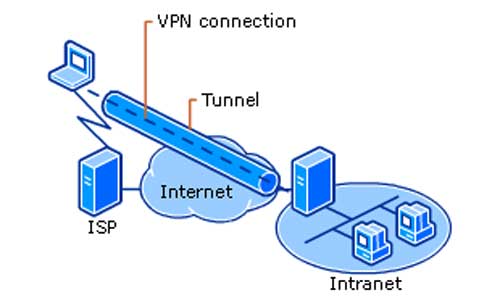 Will I Break The Law If I Use A VPN in China?
Contrary to popular belief and many reports in the media, VPNs haven’t been completely banned in China. The actual technology of a VPN itself is most definitely not illegal. There are just restrictions in place which have been set out by the Chinese government. This means that they can control who can use a VPN, and monitor what it is being used for.

The aptly named Great Firewall of China was established to block any access to foreign websites and to slow down any cross-border internet traffic. It is undoubtedly the most extensive censorship system in the world, and it means that internet access is heavily restricted in many ways. This is essentially the modern-day equivalent of the Great Wall of China, which served a similar purpose originally, albeit way before the digital era.

Due to the strict restrictions set out by China’s Great Firewall, this meant that many large businesses such as Google and Facebook had to either remove certain features or back out of China altogether. But, the Chinese government are aware that a total ban on VPNs wouldn’t be possible, as this would have a negative impact on those who use them legitimately. This includes both personal users and business organizations alike.

So, it has to be said that VPNs are not banned altogether in China – quite the opposite. You’ll find that they have been merely regulated so that anyone who attempts to make use of a VPN unlawfully can be tracked down. There are a whole host of websites which have been blocked in China as a result of the Great Firewall, leading many people to turn to a VPN to access them. But, if you get yourself into a risky situation such as this, then you might find yourself getting into trouble with the law.

In spite of this, there is no need for you to worry if you are using a VPN for personal purposes. This includes using one to ensure the protection of your private data. Another legitimate reason would be for a business to allow their field workers to access any intranet features.

Conclusion
To conclude our guide on how to use a VPN in China without breaking the law, it can be said that it is most definitely a tricky one. The only way for you to stay on the right side of the law is to use a VPN which has been approved by the Chinese government. But, this means that you will not be able to bypass censorship without breaking the law. As well as this, it also means that it will be impossible to hide your internet activity from the government.

Furthermore, if you are based in China, or if you are paying a visit to the country, attempting to use an unapproved VPN isn’t worth the risk. If you do attempt, then you can expect to get yourself into legal trouble. The Chinese government takes censorship very seriously, and you should too if you’d like to stay on the right side of the law.