Use the ARP Command to Find IP to MAC Address Mappings 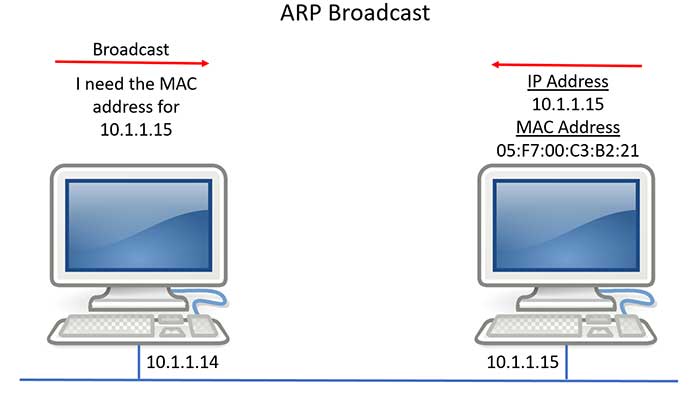 Using the ARP command
When a computer resolves a MAC address to an IP address then it will keep that mapping information in its memory for a short amount of time. You don’t want to have this ARP cache last too long because things change on the network and then you will not have the most up to date information. You can use the ARP command to view and modify these entries in the ARP cache or table. Use can also use ARP to find duplicate IP addresses and to find invalid entries in the ARP table.

As you can see from the list of switches there are various functions you can perform using ARP. One of the most commonly used switches is –a which will show all the cached ARP entries on your computer. If you want to find the entries from a specific network interface assuming you have more than one then you would use the –N switch. To add a permanent entry to the ARP table use the –s command and specify the IP address and MAC address.

Here is an example of the ARP command output with the -a switch. 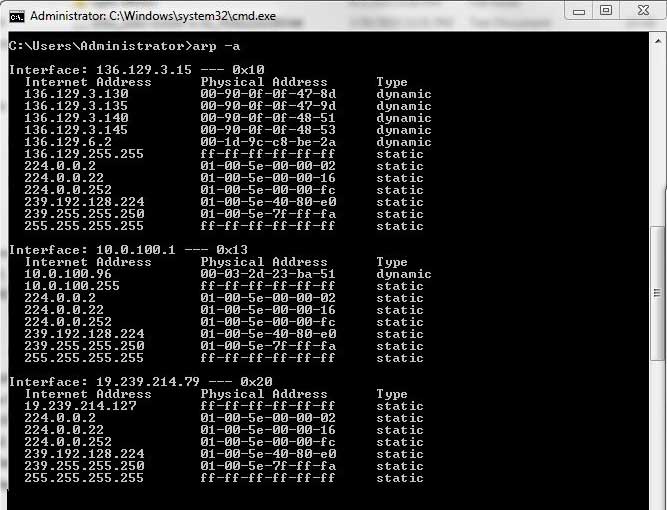 ARP is not going to be too useful on your home network because of its simplicity but in a corporate environment that has multiple networkssubnets it can come in real handy to troubleshoot host to host communication problems.