Skip to content
Home Windows 3 Ways to Rename your Computer

3 Ways to Rename your Computer

When you install Windows you are normally asked to give your computer a name usually about the same time you are choosing your login name. But if you buy a computer from a store with Windows already installed it will already be named for you most likely with some generic name such as DESKTOP-854217 which doesn’t do you much good if you have a home network and need to know which computer is which for shared resources such as files and printers.

Fortunately it’s really easy to rename your computer in Windows and there are several ways to do it and we will go over 3 of them in this article. These methods will vary a little depending on what version of Windows you have on your computer because the start menus change between Windows 7, 8 and 10 but the concept is basically the same. 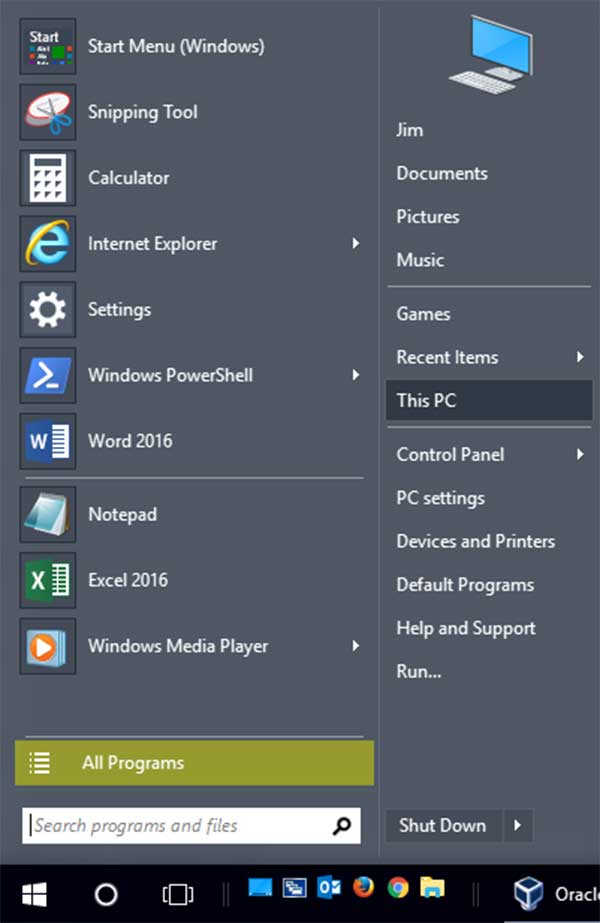 This is the most common way for Windows 7 but if you have Windows 8 or 10 with the standard Start Menu (or lack of) yours won’t look like this. You can install something like Classic Shell to give newer versions of Windows a Windows 7 style Start Menu.

Once you are in the computersystem properties which you should be able to get to from Control Panel as well you will see your current computer name listed. To change the computer name simply click on the Change Settings link. 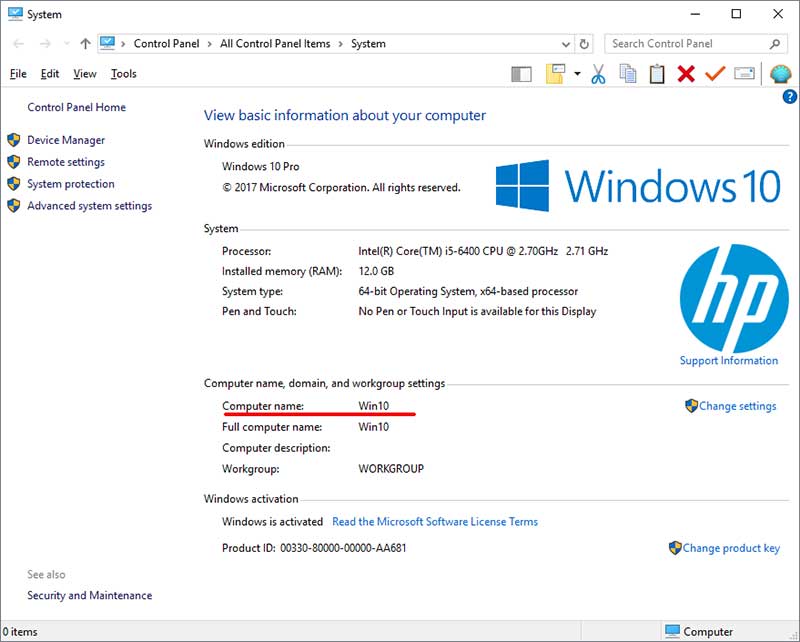 Then you will click on the Change button and type in the new computer name and click OK and OK again.

Then you will be asked to reboot your computer for the changes to take affect and you can say yes or do it at another time. Just keep in mind that the name change won’t be applied until you reboot.

If you are running Windows 10 without Classic Shell installed and using the default Start Menu then you can click on the Settings gear icon and then go to System and the scroll down to the bottom on the left and click on About. 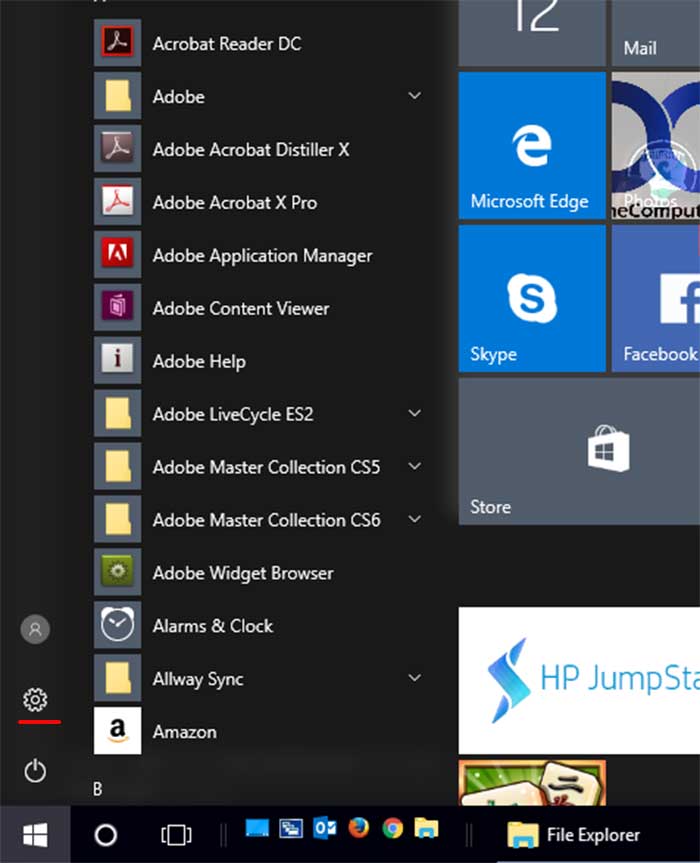 There you will see a button called Rename this PC and when you click on that you will be prompted with a box asking you to type in the new name of your computer.

After typing in the new name click on Next and you will be prompted to reboot your computer just like with the other method and you can again do this later if you like.

The final way to change your computer name is from the command prompt and should work the same on any version of Windows. To get to the command prompt click on Start and in the search box (or from Cortana in Windows 10) type in cmd and when you see the black cmd icon right click on it and choose Run as Administrator otherwise the rename procedure won’t work properly. 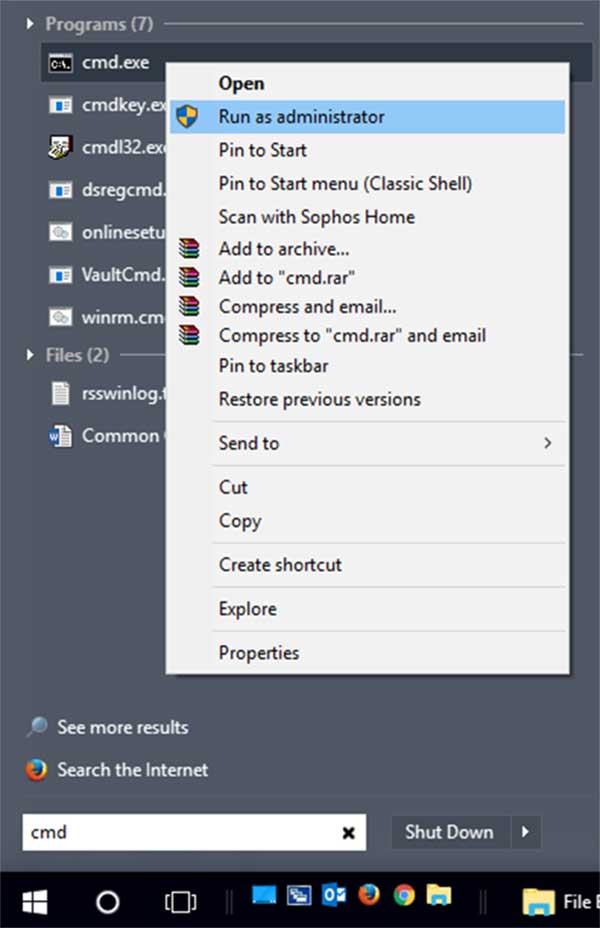 This is the command we will be using to change our computer name:

All you need to do here is replace current_pc_name with the computer’s current name. So in our case Win10 and the replace new_pc_name with the new name you want to give your computer. So for example we can type this: 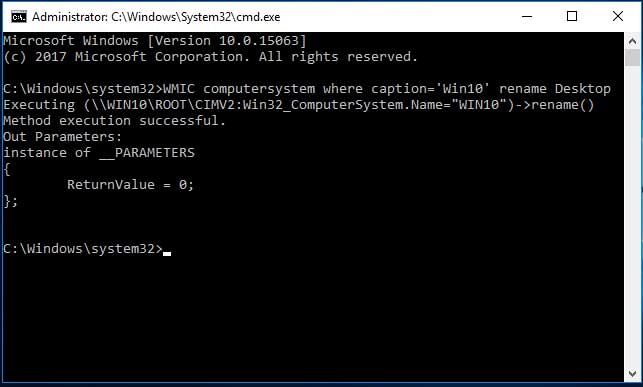 As you can see it says Method execution successful and has a ReturnValue of 0. If that said 5 it would mean you didn’t open the command prompt as an administrator even though it would still say successful. Once again you will need to reboot and then after that your computer name will be changed. A quick way to confirm is to open the command prompt again (doesn’t have to be as an administrator) and type in hostname and it will show the new name.