Anyone who uses a computer knows what a file is… hopefully! Files can be anything from Word documents to pictures to program executables to Windows system files. Without files our computer is pretty much an overpriced paperweight. But have you ever thought about how all these files work together and how they are stored and retrieved when we need them?

File systems allow us to make use of our files and keep them in a format where we can access them when needed. It allows our computer to make sense of its data and tell it where one file ends and the other begins as well as lets us name our files. Think of it as a way of indexing files so when we need to read or use one, the computer knows exactly where to find it and what to do with it. They are also responsible for tracking file attributes such as date created, date modified, file size, access permissions and so on.

If we didn’t have file systems then we would not be able to go into Windows Explorer and look at our files and view them in the tree structure like shown below. 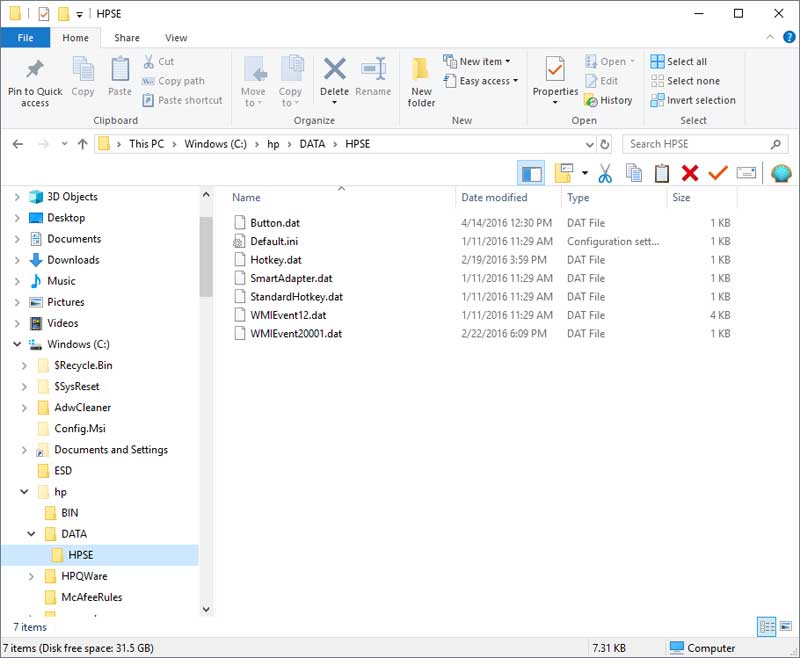 Microsoft has had many files systems in the past such as FAT, FAT32, NTFS and now ReFS. But before getting into ReFS lets discuss the current Windows king of file systems which is NTFS which stands for New Technology File System which has been in use since 1993 but not on all versions of Windows. NTFS originally was reserved for server versions of Windows while the desktop versions used FAT or FAT32. Staring with Windows XP, Microsoft started using NTFS on its desktop operating systems as well.

NTFS is a faster, more reliable and more secure file system than FAT and FAT32. It can quickly perform file operations such as read, write, and search on very large hard drives. Using NTFS you can have volume sizes up to 16 Exabytes depending on the cluster size you are using.

NTFS also has share and security permissions that can be used to restrict user access to your data based on your needs. These permissions can be applied to local users as well as network users making it easy to secure your data and allow network access at the same time. This type of security is what has made NTFS so popular and why it’s still in use today.

ReFS (Resilient File System) was introduced with Windows Server 2012 and is also available with Windows 10 and of course will be supported in newer operating systems like Windows Server 2016. As of now, ReFS can only be used with Storage Spaces in Windows 10. The main reasons for coming out with a new file system was to address some lingering issues with NTFS and also to prepare for the future while increasing performance and reliability.

With today’s hard drives getting larger and larger it’s becoming more important to be able to support these larger sizes without having to do any custom configurations or sacrifice performance. ReFS was designed to support huge datasets as in millions of terabytes without affecting performance. This may not seem like something we need to worry about now but just think back when we thought 1GB was huge. It wasn’t that long ago!

One of the main benefits of ReFS is in the name and that’s resiliency and its purpose is to prevent data corruption by removing corrupt data from the namespace and keeping the volume online while it handles the non-correctable corruptions. Another key feature for data protection is the use of a data integrity scanner which they call a scrubber. The purpose of this it to scan the volume and then identify potential corruption issues and proactively begin a repair of corrupt data.

Other advantages of ReFS include ReFS the ability to have a maximum volume size of 262,144 Exabytes as well as file name lengths of 32,768 characters compared to the current 255 characters. It also supports better performance with certain VM (virtual machine) features especially if you are using Microsoft Hyper-V.

There are some downsides to ReFS which may or may not change in the future. For example you can’t boot your computer from a ReFS formatted drive so for now it’s mainly used for other drives that store files or maybe your programs. You also can’t use file compression or encryption on ReFS formatted drives but you can use it with BitLocker.

As you can see, ReFS has a lot to offer but still has its limitations. We assume Microsoft will be improving this new file system as time goes on so they can eventually replace NTFS with it. But for now just keep in mind that there is a new kid on the block and he might soon be taking over!