Free up that space used by Windows OS upgrades

While browsing the files on your computer you might have noticed that you have a folder called Windows.old underneath your Windows folder. Then when you open it up you notice that it has most of the same subfolders as your Windows folder and also that it is quite large in size. 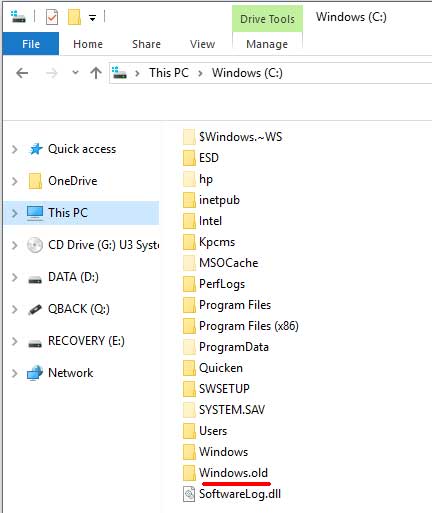 When Microsoft does major Windows updates like they do for Windows 10 when they do their “build” updates it will back up your Windows folder just in case you want to or need to roll back to the previous version of the operating system. If you are running low on space on your C drive and want to get back around 20-30GB then you can cleanup that old Windows folder and get your free space back to where it was.

The safest way to do so is to run the Windows Disk Cleanup and have Windows do it for you rather than deleting the folder itself which is most likely ok but you never know with Windows! To run Disk Cleanup simply type disk cleanup from the Start menu or from Cortana in Windows 10. Once Disk Cleanup starts click the button that says Clean up system files. 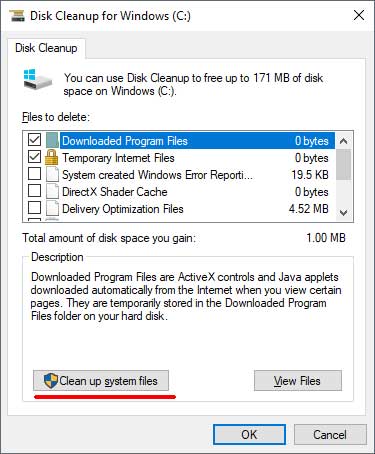 Then from the list check the box for Previous Windows installations and any other items you may want to clean up such as temporary internet files downloaded program files and then click OK. You will get a warning saying if you cleanup these Windows files you won’t be able to roll back to the older version of windows so if that’s ok with you then click on Ok.

After clicking Ok you will see the progress of the cleanup which will take a couple of minutes since the old Windows folder is rather large.

Once that’s done you will have your free space back and your new version of Windows will be up and running hopefully without the need to ever roll it back!