So it’s come to be that time to buy yourself a new computer or maybe upgrade your existing computer. If you are shopping for something new and are looking to run Windows then you may have noticed that all the new computers are coming with Windows 8 and it’s very hard to find one with Windows 7 if even at all. Now the question of the day is do you take the plunge and switch to Windows 8 or find a way to get one with Windows 7 such as building your own or doing a reinstall of Windows 7 on your new Windows 8 computer.

Windows 7 and Windows 8 both have some advantages over each other that you should be aware of when making your decision. Some of the differences may not be as important to you as to others but then again many of the differences can be deal breakers for some.

Let’s start with the first thing you are going to see when you log in to your computer, the interface. As you may or may not know, Windows 8 has a whole new look and feel with the “Metro” interface as it unofficially known. This new interface gets rid of the start button and start menu in favor of tiles that keep all of your programs (or applications as they are called) in groups right on your screen. This works well for tablets and touchscreens but mouse and keyboard users may find it hard to get used to. You can go to the desktop but it’s pretty much just a place to keep program shortcuts. In Windows 8.1 they brought back the start button but that only takes you back to the start screen so there is no real purpose for it. There is a new Metro Apps view with 8.1 that will show all your apps on your desktop in alphabetical order. There is also a boot to desktop version if you would rather see your desktop right you start your computer. Windows 7 on the other hand was configured like previous versions of Windows with a start button, start menu and taskbar although they made some minor tweaks starting with Vista with how things worked. 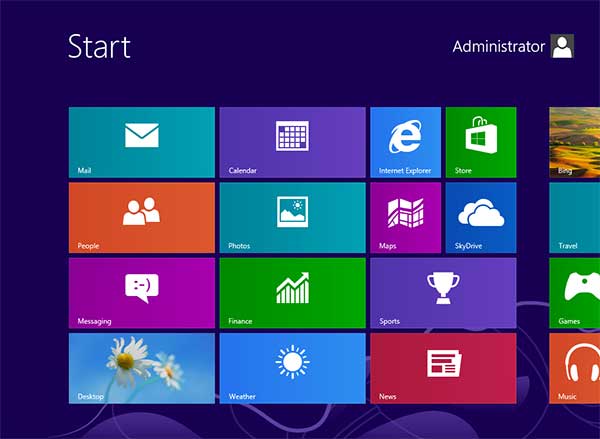 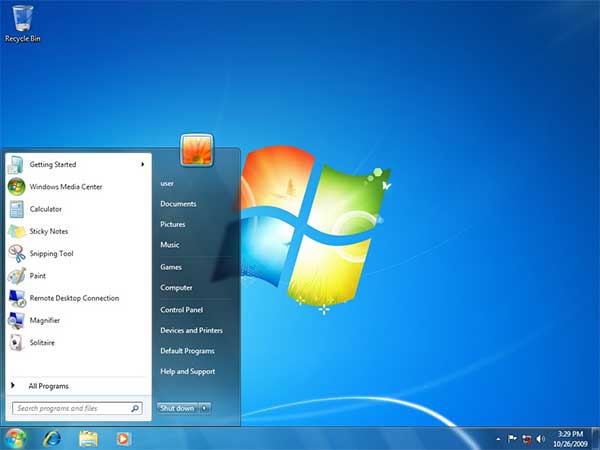 Windows 8 also tries to integrate your life into your computer by making you sign in with email accounts and tries to make things work more like a social networking site than you find with Windows 7. Windows 8 supports Facebook, LinkedIn and Twitter natively so if you are one of those people that likes to know what’s going on with your friends at all times then that works out for you. There is an app store (Windows Store) that keeps track of what you download to your computer and these apps install in a different way than the normal software you are used to installing. Some of the apps are free and some you will need to pay for. As for apps they are nowhere close to the level of Android and Apple so don’t expect to be blown away.

Windows 8 does come with SkyDrive which gives you cloud storage capabilities so you can access your data from anywhere you have internet access. This applies to your desktop, smartphone and tablet. It will even work with iOS and Android devices so you should be covered anywhere. But if you don’t have Windows 8 then don’t worry because you can add the SkyDrive application to your Windows 7 computer. 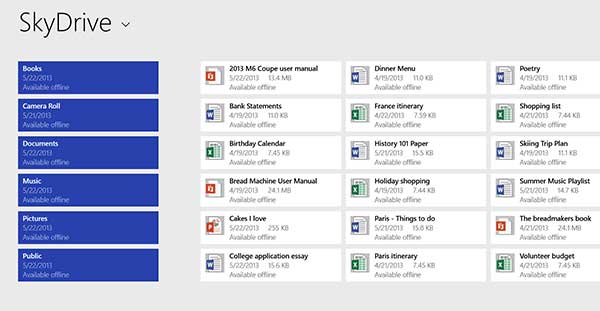 When it comes to home entertainment Windows 7 has the advantage of having a media center built in (depending on your version) and can play DVD movies out of the box. Windows 8 on the other hand requires extra software. The codecs required to play DVDs and Blu-Ray disks are not free. For every copy of Windows 7 sold, Microsoft has to pay MPEG-LA $2 since they have the patent rights. If you have Windows 8.1 Pro, you can purchase the Windows 8.1 Media Center Pack that includes DVD playback. For Blu-Ray disks you will need to use a third party app to play them at all.

Windows 8 is supposed to have better security than Windows 7 and comes with built in virus protection out of the box so there is no need to install a third party program. Keep in mind that just because it comes with built in virus protection doesn’t mean it’s the best out there. Windows 8 supports encrypted hard drives, Secure Boot to fight against malware, App Rep (SmartScreen Application Reputation) which can block malicious downloads whether you like it or not, a phishing filter, parental controls and so on.

As you can see there are pros and cons to each version of Windows so it’s up to you to decide which version has the features and functionality that will work best for you. If you decide to go with Windows 7 then you may be stuck doing a reinstall of Windows on a Windows 8 computer or building your own but that may be worth it to have the version you want.