Which type of hard drive is best for you?

With todays computers getting faster and faster as well as cheaper at the same time, it makes sense that you would want to have the best hardware you can afford inside of your computer. Of course how much you spend should be determined by what you need to do with your computer. For example, you don’t need an expensive gaming computer to write emails and browse the internet.

There are many parts to a computer, and some are more important than others when it comes to performance. Some of these critical components include the CPU (processor), RAM and the hard drive. If you are buying your computer prebuilt from a store then you pretty much get what comes with it but sometimes you can custom order your computer to get the parts you want or build one yourself of course.

When selecting the hardware for your computer you have a few choices as to what type of hard drive you can install or have installed. There are many types of hard drives but when it comes to hard drives for your personal PC or office desktop computer you have three main types to choose from and those are SATA, SSD and NVMe. In this article we are going to discuss the difference between these three types of drives so you can decide which type is best for you.

SATA Drives
SATA stands for Serial Advanced Technology Attachment and it was created in 2003 and are the most commonly used hard drives in desktop computers. They utilize spinning platters like the older IDE hard drives did but offer higher performance than IDE has to offer. SATA speeds have increased throughout the years and you usually will see revision numbers associated with the drives that will tell you how new of a drive you are looking at. Currently we are at revision 3 (or 3.3.5 technically) which offers transfer speeds of up to 600 Mbps. 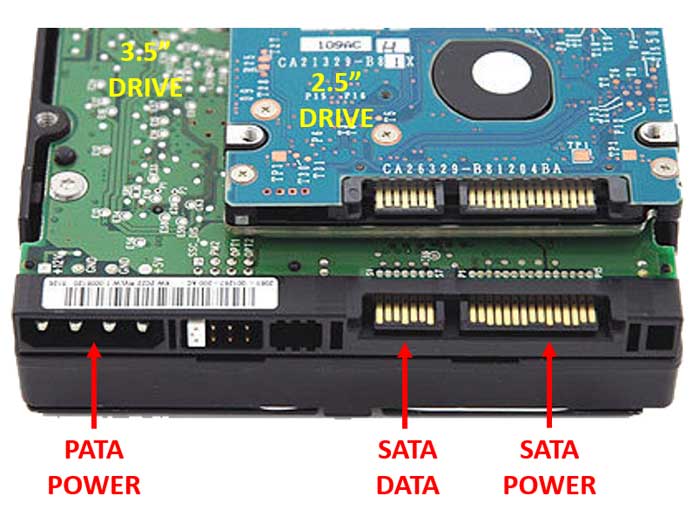 SATA drives are great for file storage because they are cheap, and you can get very large drives without breaking the bank. You can even get a SATA drive as large as 18TB which you might never fill up! Many computers these days will come with a faster type of drive for the operating system and then an additional larger SATA drive for file storage.

Since SATA drives use spinning platters, they are susceptible to damage from shock or movement of the computer while its running because the readwrite head is so close to the platters that it can make contact if moved too hard. The distance between the readwrite head and the platter is about the width of a human hair! 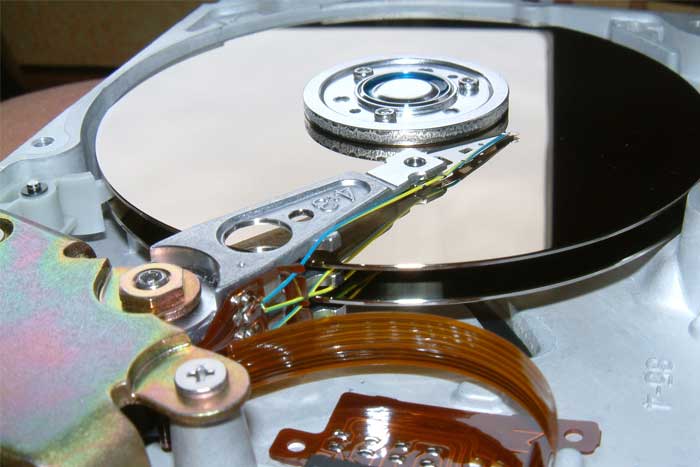 SSD Drives
SSD or Solid State Drives are the next step in hard drive performance and of course hard drive cost. SSD drives non-volatile RAM (NVRAM) to store data, for storage rather than disk platters which is what makes them so much faster. Rather than having to wait for the right disk to spin to the right location for the head to read it, SSD drives can access their data almost instantaneously. And since there are no moving parts in an SSD drive, that means they are also more reliable. It also means it will help with battery life when used with laptop computers.

SSD drives are typically smaller than disk based SATA drives as well making them perfect for use in laptops and smaller form factor desktops. You will usually see them in the 2.5 inch size. They are also more expensive so therefore you usually see them in smaller capacities such as 500GB or maybe 2TB for most consumer based models. This is why many computer manufactures will install the operating system on the SSD drive and include a standard SATA drive for file storage. They also have the same types of SATA connections as seen in the spinning disk drives.

If you are using your computer for tasks such as graphics or video editing then you might want to consider an SSD drive for faster data access. And when your OS is installed on an SSD drive you will notice that your computer boots up much faster.

Just because these drives don’t have moving parts doesn’t mean they won’t wear out. They use different cells to store data and when data is written to or erased from these cells it will cause degradation of the cell. So the more cells your drive has, the longer it will last since it will have multiple cells to utilize and the individual cells won’t be used as often.

NVMe Storage
NVMe (Non-Volatile Memory Express) is the next step in storage evolution and they offer an even higher level of performance than standard SSD drives (around 6 times faster). With these types of devices you can see typical speeds of 2000 Mbps and even higher. NVMe is still considered a type of SSD drive but uses a different connection method than the previous type of SSD drives.

This type of storage utilizes the PCI Express (PCIe) bus system on the motherboard allowing it to be directly attached to the CPU and it’s not impacted by ATA interface constrictions like SATA drives are. And if your BIOS supports booting from NVMe storage then you will see even higher performance gains when using your computer.

Rather than the typical 2.5 inch drive form factor as seen above, NVMe drives can come in a variety of other types such as the internally mounted “chip” that connects right to the motherboard (M.2 form factor) or an add-card that plugs into a PCIe slot on the motherboard. 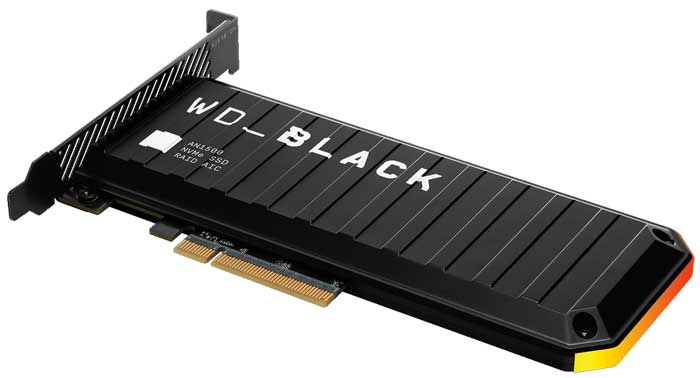 To use NVMe drives, your motherboard will need to have the appropriate connections such as PCIe, M.2 or U.2. The U.2 type drives connect using a cable while M.2 drives will plug directly into the motherboard. Your BIOS will also need to support the standard (UEFI 2.3.1 or later ) and if you are running Windows then you will need to be running Windows 7, 8 or 10. You also need to be using the GPT drive format rather than MBR.