Are you ready for your new PC?

A gaming computer comes with essentially the same parts as a regular work computer. However, there are significant differences between these components. Gaming PCs mainly differ from consumer PCs by just one spec: the graphics unit. GPUs are far more advanced in gaming rigs than what you typically get in a work computer (which would most likely be integrated graphics).

Obviously, gaming PCs are intended for gamers. But some non-gamers can benefit from these machines as well. If you need a computer for at-home or professional requirements, you may not see the worth in spending several hundred extra dollars on a gaming PC. In certain situations, it can be worth it. Here are some of the biggest reasons why you should consider investing in a gaming PC:

The GPU Can Benefit Graphics Designers and Similar Professionals

Gaming computers are largely defined by the GPU unit. Some GPU units have dedicated RAM for processing graphics. That means gaming computers can render graphics faster and more accurately, according to Computer Realm.

Regular consumer computers don’t have a similar dedicated graphics unit. Rather, you will most likely get an integrated GPU, which is part of the motherboard. Discrete GPUs in gaming computers have a separate slot for the graphics card.

The point is, gaming computers deliver high-end graphics performance. While most non-gamers may not need such features, graphics design and editing professionals might. A good GPU allows a graphics designer to view images in higher quality.

Graphics artists can get better color accuracy (paired with a high-res monitor) using a gaming computer. You don’t need the latest, most expensive GPU to enjoy this perk either. A moderately expensive gaming computer can manage the trick as well. 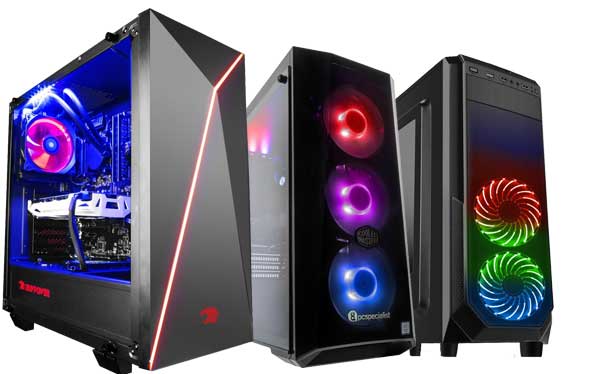 Gaming computers often have specs that support higher end PC performance. These computers are most likely to come with a Core i5 processor, or an AMD equivalent, at the very least. You may get RAM at least at 8GB. Combine these specs with a good GPU, and you have a pretty powerful computer.

Video editors who need fast graphics processing and overall higher CPU power can benefit from gaming computers the most. Running video editing software is a processor-heavy task for the computer.

Most work computers are inadequate for this job. Therefore, video editors can easily have their processing needs matched by a gaming computer.

The high-performance speeds of gaming computers are facilitated not just by better processors and RAM, but also by SSDs. SSDs are faster than traditional HDDs. An SSD can significantly boost performance speed and reduce boot times.

Gamers prefer SSDs because they make running applications much smoother. Other than gaming, this speed boost offered by gaming computers can benefit cryptocurrency enthusiasts. Want to mine Bitcoins? Then you would need a gaming computer.

Modern gaming computers sometimes combine SSDs with HDDs, offering “hybrid” storage units. This offers a great advantage for professionals who want the speed of SSDs and the storage capacity of HDDs.

Modern gaming computers are optimized to be prime entertainment centers. They have top-end graphics units to deliver images at high frame rates on high-res computers. But good graphics are nothing without great audio.

Therefore, you can enjoy high-end onboard audio on gaming computers compared to the audio in regular computers. Gaming PCs utilize external DACs a lot as well. So you can get the same type of quality as high-end audio gear.

A gaming computer can be highly advantageous if you are an audiophile who loves playing music. Audio editors, composers, and musicians of all types can get more from a gaming computer than a regular computer.

While gaming computers can be slightly expensive, you can overall get better specs and performance on one of these. Not everyone would need it. But certain professionals who want great graphics, audio, and high-end computing performance can definitely benefit.