A surge suppressor or protector is a device used to prevent damage to electronic equipment from voltage spikes called transients. A surge suppressor prevents the peak AC voltage from going above a certain threshold such as plus or minus 200 volts. They attempt to regulate the voltage supplied to a device by either locking or shorting to ground voltage above the threshold. Standard American voltage for home & office buildings is 120 volts and anything over this is considered transient and can damage electronic devices. A surge suppressor works by having a fuse burn out or a circuit breaker trip when excessive power is being consumed by a device. These surges can be caused by the device itself and from external surges that last long enough.

Electrical surges can damage computer equipment by burning its wires and gradually wear down the device’s internal components. Surge protectors can also protect telephone and cable lines since they carry electric current as well. Some type of surge protectors are basically just extension cords with minimal built in protection so be careful when you are buying one. When it comes to surge protectors, you get what you pay for.

Surge protection devices can prevent the damages from most power surges. There are two types of surge protection you can use for your home or office:

Point of use surge protection
These devices are used with the electrical device being protected and are the type of surge protectors that are plugged into the wall. You should only buy surge suppressors that have been tested to UL 1449, 2nd Edition and have TVSSs with a listed clamping voltage of 330 volts (the lower the better). 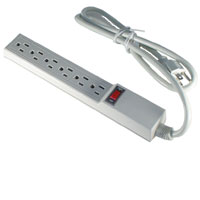 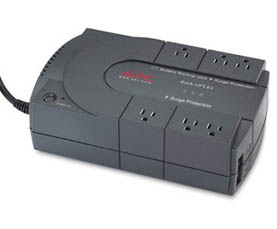 If possible you should use both for the maximum amount of protection against electrical spikes. 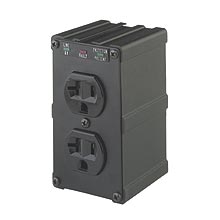 What to look for in a surge suppressor/protector: